Biodynamic agriculture is an approach to growing food in a natural way. It is similar to organic agriculture in that it avoids the use of synthetic chemical inputs. However, biodynamic farming goes much farther to incorporate an understanding of the subtle, energetic forces of nature into agricultural practices.

Biodynamics is an offshoot of the Anthroposophy, a philosophical movement founded by Rudolph Steiner in Germany in the early 1900s. Steiner sought to bridge the gap between science and spirituality in all areas of life, including agriculture. Although he laid the foundations for biodynamic agriculture through his lectures and writing nearly 100 years ago, the practices that biodynamic farmers use today were developed over time by the worldwide network of farmers and gardeners who utilize Steiner's principles.

Biodynamics considers the whole farm or garden and its relationship to the cosmos, including: 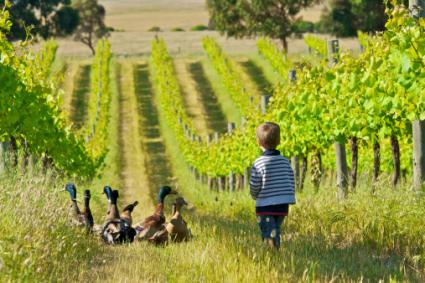 The biodynamic approach focuses on enhancing soil fertility and the nutritional composition of food through the use of special compost preparations and other means. One common activity involves filling the horn of a cow with manure and burying it at a certain time of year. There are many similar approaches which involve using herbs, minerals, and various animal parts mixed and applied according to established recipes. The biodynamic farmer or gardener can make these preparations, as they are called, or purchase them. 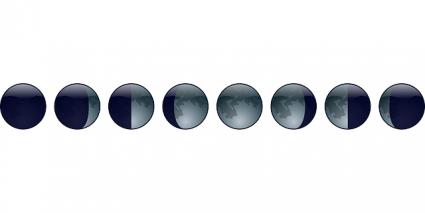 The regular activities of soil preparation, planting and harvesting are carried out according to a biodynamic calendar, which is based on the phases of the moon and other cosmic cycles. One of the main considerations in this process is whether a crop is in its root, leaf, flower, fruit or seed stage. For example, when the moon is waxing (getting bigger), there is an emphasis on sowing seeds and harvesting. When the moon is waning, the emphasis is on planting and soil cultivation.

Getting Started With Biodynamics

Purchasing a biodynamic calendar is a good way to familiarize your self with the biodynamic approach. There are also many trainings and other events held each year to educate farmers and gardeners on how to incorporate biodynamic practices and foster the community.

Biodynamic agriculture is consistent with organic standards, but since it involves so much more than avoiding the use of chemicals, it has its own certification process. Demeter is the oldest ecological certification organization in the world.

According to the basic certification for Demeter:

Benefits and Drawbacks to Biodynamic Farming

Any undertaking has it benefits and drawbacks. It's important to explore the pros and cons of biodynamic farming before you determine whether this is the route you want to take .

Biodynamic farms are thought to have more fertile soil, take better care of the environment overall, and result in more nutritionally-balanced food when compared to other approaches to agriculture, including organic farming. While there is some scientific evidence that supports these points, biodynamic agriculture is part of a larger philosophy of which food production is just a part. For people that share this belief system, there are quality-of-life benefits which are not easily quantified.

Viewed strictly as an agricultural practice, there are a few obvious drawbacks to this system. Biodynamic farming requires more labor than conventional farming practices, which makes the produce more expensive. It's also not very conducive to mechanization, so it's difficult to practice on a large scale. It can also also be seen as a pseudoscience by non-believers, a fact that contributes to a general lack of mainstream acceptance.

There are many ways that farmers and gardeners can go beyond the basic principles of organic agriculture to enhance the quality of their produce and care for the environment. Biodynamics is one of these ways and has a long history of practical applications for new practitioners to draw from.