Organic farming is growing increasingly popular around the world. Its package of practices results in a cascade of benefits on environment, health, economic and social fronts.

Organic farming is an agricultural practice that is more than giving up use of chemical fertilizers and pesticides, and heavy tillage to produce food. It involves practices which work with natural ecological systems to enhance productivity of a whole farm. It combines traditional wisdom with appropriate scientific advances. Organic farming is based on maintaining biodiversity, and the health of plants, animals, and people to provide sustainable production for the present and future generations, according to IFOAM - Organics.

Organic farming uses compost, recycling farm waste instead of chemical fertilizers. Compost release nutrients gradually, so there is little or no wastage of nutrients, if proper amounts of manure are applied. So there is no soil or water pollution due to organic farming.

Organic farming tackles pest and weed problem by growing a diverse variety of crops. Furthermore, natural methods that are part of the Integrated Pest Management ensure no chemical pesticides are needed.

Pesticide resistance buildup in insects and weed pests makes the insects ultimately resistant to them. This creates super weeds and super-bugs. As organic farming does not rely on chemicals to control weeds or insect, this problem does not exist in organic farms. 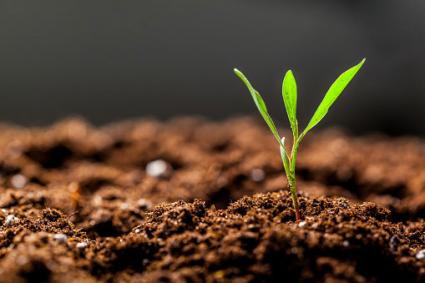 Hundreds of species of bacteria, fungi, and other small insects present in the soil decompose crop residues and any organic matter in the soil to create nutrient rich humus which keeps the soil fertile.

Organic farming supports this natural dynamics so that soil fertility is built up making farming sustainable for present and future generations.

The build up of humus in soils in organic farms improves the soil structure, holding it together yet improving porosity. Mulching and growing of cover crops further aids this process by providing a protective covering for the topsoil.

Intensive agriculture is one of the main contributors to greenhouse gas (GHG) emission which causes climate change. Organic farming eliminates the various sources of these emissions and helps in climate change mitigation. 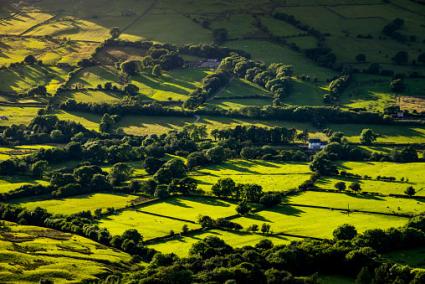 Organic farms typically grow many crops at the same time and during different seasons through inter-cropping and crop rotation. This increases the crop diversity compared to conventional farms. Moreover, by maintaining and augmenting natural ecological process there are other biodiversity benefits as well.

These permanent vegetation, such as hedges and trees, in a farm provide habitats and homes for a myriad of insects, birds, and small mammals. Soils in organic farms have much more biodiversity than the sterile and unfertile soils in intensive farms.

Beyond farmlands, a lack of nutrient pollution means:

Health benefits occur for everyone involved in organic farming, including animals.

Farm workers are no longer exposed to pesticides, an occupational health hazard associated with conventional farming that leads to many diseases some of which can be lethal.

People benefit from eating food without chemicals which have been shown to cause health related problems, including cancer according to Time. 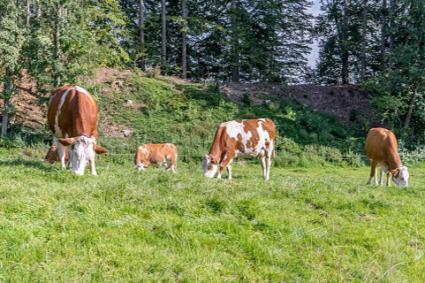 One of the cornerstones of organic farming is that all people and animals are respected and treated well.

There are economic benefits at various levels due to organic farming for farmers, consumers, community and society.

Farmers improve their income and welfare through: 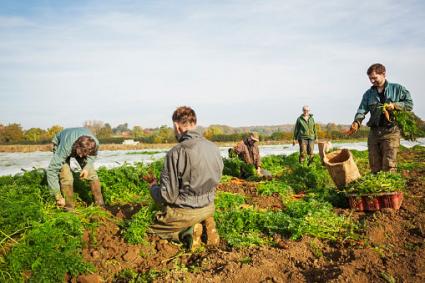 Organic farms are labor intensive as much of the work is done by people as these farms are not designed for large machines. As a result, there are more employment opportunities in an organic farm compared to conventional farms. The occurrence of rural employment and poverty, a problem everywhere in the world, can be addressed by organic farming.

Demand for organic products is increasing, in contrast to products from conventional farms. Moreover, people are prepared to pay more for organic given its health benefits. So organic farming these days is a sound business option.

Certification for organic farms are expensive so many farmers choose to sell their products locally and avoid this cost.

Organic farming can boost the economy of a whole region due to the many benefits it brings and improve social relationships. For example, in the U.S., this can mean an area that engages in organic farming will raise "median household income" by approximately $2,000.

Organic Agriculture Can Feed The World

Despite the fact that organic farming at present accounts for a small segment of the food market (it is only 5% in the U.S.), there is enough evidence that it can completely feed present and future populations. Given its multiple benefits, there is ample reason to encourage this system of food production.