Genetically modified organisms, commonly known as GMOs, are found in a huge variety of food products from baby food to fruit juice and many believe they are dangerous to your health. If you're struggling to make an informed choice about whether or not GMOs are bad, learn what the evidence shows to help you make your decision.

According to the Food and Drug Administration, genetically modified organisms -- such as a plant or animal -- have been genetically engineered to create new characteristics. In other words, a specific gene is added to an organism to produce a new trait. Supporters of the process believe these alterations often leave the organism stronger, more resistant to herbicides and pesticides, and more nutritious; however, others believe changing those modifications come at a steep price.

Grassroots organizations have been crying foul since GMOs were first introduced into the food system approximately 20 years ago. Many people believe the consumption of GMOs may contribute to serious health issues. In fact, recent studies raise serious concerns about the safety of GMOs and show they may contribute to the following conditions:

In addition to the potential health risks, there is some evidence that GMOs are bad for the environment. The Union of Concerned Scientists (UCSUSA) mentions six ways that GMOs might have a negative environmental impact.

UCSUSA also states that, while to date there has been no serious obvious environmental GMO impact, there is no consistent monitoring program in the United States and there may be impacts going on that have not yet been detected.

Not all researchers agree with USCUSA's conclusion. The Institute of Science in Society (ISIS) believes that herbicide-resistant weeds are already abundant in GMO crops throughout the United States. They state that GM herbicide tolerant crops have led to a new breed of herbicide resistant weeds that are choking crops across the country. This has led some farmers in Georgia to return to growing non GMO crops. 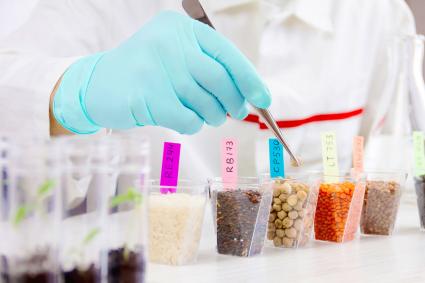 According to the Non-GMO Project, eighty percent of the food supply in North America contains GMOs, and while some companies voluntarily label that their products are GMO free, there are currently no labeling requirement for GMO identification. This is bad if you're trying to avoid GMO ingredients.

While you may associate GMOs with only corn or soy products, they are found in many foods, especially processed foods, including but not limited to:

There are several ways to avoid genetically altered foods.

While more research needs to be performed on the safety of GMOs, there is sufficient reason to be concerned about its effects on health and the environment. By buying organic and arming yourself with the knowledge necessary to make an informed choice, you can avoid any potential health risks to you and those you care about.