While organic farming and products are growing increasingly popular, there are also some critics who make the claim that the negative effects of organic farming outweigh the benefits, and doubt it can be a global solution. There are currently some negative aspects to organic farming, although many can be remedied by research and policy.

Some Organic Pesticides Are Not Safe 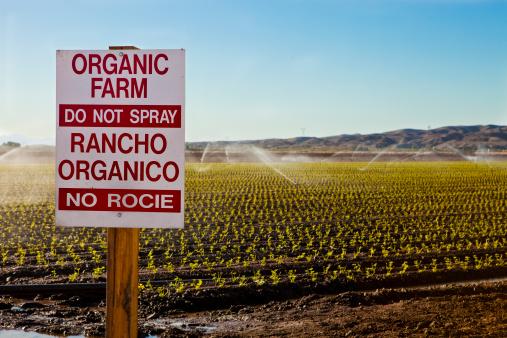 Ideally, organic farmers usually seek to prevent pest and weed buildup by inter-cropping, which is growing two crops in alternate rows, or by multiple cropping. Pests and diseases are usually crop-specific. So by diversifying crops at any given time, increase in number of pest and pathogen of any one kind is prevented. However, sometimes pests and diseases do buildup, especially in intensive organic farms that concentrate on only one crop. Natural predators or cultivation practices are used first, points out The Organic Center. If that does not work, there are some chemicals of natural origin that are screened and allowed for use by the USDA that can be used as last resorts.

Some of these have been found to have adverse effects. For example, copper-based fungicides which are used in both organic and conventional farming can enter and remain in soil and water during application, and through residues on food that can be harmful to people and microbes. In 2011, Scientific American also highlighted the toxic effects of Rotenone, a pesticide, to people, animals, and especially fish, even though it is derived from natural sources.

As an EcoWatch report points out, the copper fungicides used in organic farming have to be food-grade and are used to a much lesser extent than in conventional farms. Moreover, Organic Materials Review Institute (OMRI) lists alternatives to these pesticides, and it is easy to avoid copper-based products, as they are not the only fungicides used on organic farms.

Rotenone Sale Is Prohibited For Food

The National Organic Standards Board in a 2012 petition proposed that Rotenone be completely prohibited by January 2016 (pg. 1); the decision was still pending in 2017, as NOSB wants to allow time to find alternatives. It is listed currently by OMRI only for restricted application and it is used only as fish poison according to Agricultural Marketing Service (pg. 11). Rotenone sales were stopped in the U.S. for use on food by the time of the 2012 petition (pg. 2). Rotenone use is also decreasing in countries that have not banned it points out both Mother Earth News and Agricultural Marketing Service. Both the organic farmers' community and the U.S. government have responded swiftly and positively to the negative reviews of Rotenone by discontinuing or restricting its use to keep organic products safe for consumers and other species of the world. 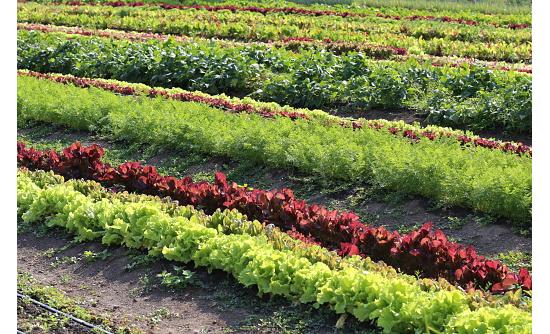 To prevent pest and disease buildup organic farmers and gardeners can strive to avoid growing only one product, but diversify into many plants and animals to maintain a healthy farm ecosystem.

This promotes natural resilience against pests and diseases by providing a chance for natural predators of pests and pathogens to develop notes a 2010 Nature study.

One such analysis reported in Forbes is based on USDA figures. It shows that the maximum gap in the two systems is seen with 45% less yield in cotton, and with corn and rice yields at less than 35-39%. The analysis also found 55 crops of 370 had better yield than conventional farming, predominantly in hay/silage crops, which are not regarded as food crops. More recent studies, like a 2016 Nature Plants review report on meta-analysis (analysis of many scientific studies), shows that yield differences are not so great. For crops like rice and corn the organic yields is only 6-11% less, while wheat and fruits perform the worst with 27-37% less yield than conventional farms (pg. 5).

The decrease in yield from organic farms is not uniform across regions or nor is it true for all crops. Yield depends on several factors, and these need to be considered to improve productivity of organic farms.

With age, organic farms have been found to become more productive. At the Rodale Institute, which has an experiment comparing conventional and organic farms for 35 years, organic farms produce similar or more than conventional farms. So the owners of younger organic farms need to just be patient and keep building soil fertility to achieve high yields that are also sustainable.

The Rodale Institute found that during drought years (pg. 1), the yield from organic farms is more. Organic farming can be used in regions and areas that are drought prone, to get more yield from land, instead of conventional farms which are at a disadvantage here. In future warmer scenarios predicted by climate change, organic farming could be the better choice suggests a report from The Guardian.

Worldwatch Institute, which considered studies worldwide, found that in developing countries organic cultivation outperforms conventional cultivation. In developed regions like the U.S. and Europe. Better yields are achieved by excessive use of chemical fertilizers and pesticides. So organic farming can be promoted in areas with resource and fund scarcity because all the extra expenditure gives conventional farming only a marginal advantage as CNBC notes. So by choosing the appropriate areas for organic farming, yield from an area can be maximized, without increasing the area of land needed.

Development of Organic Breeds Through Research

One scientific study noted that 95% of the breeds of plants and animals used in organic farming were those developed for conventional farming. If breeds are developed specifically for the field conditions in organic farms, yield can be improved they point out. Only "2% of the Department of Agriculture budget for research, extension and education supports research in certified organic farming", notes a 2015 Wall Street Journal report. So increased funding for organic farming is urgently needed.

Health Effects on the Body

Organic foods are generally regarded as more healthy than conventionally produced foods because they lack added growth hormones and other questionable elements. Mercola recommends organic food to avoid many health problems. However, this does not exclude organic foods from criticism, though, as many critics attack the methods by which organic foods are produced and the effect they may have on the body.

Some fear that manure can contain microbes harmful to people. The manure is strictly regulated by USDA standards. A WebMD report says contamination of food is more likely in organic food post-harvest and this can happen even with conventional food. This issue, of course, is not the fault of organic farmers, but it is a cited concern, nonetheless.

The solution for this is proper hygiene and washing fresh produce before use.

Organic cultivation promotes as little tilling as possible to protect the soil structure; however, organic farms do use the same machinery and practices to plow the land as conventional farms and can produce soil erosion. However, organic farming impacts on soil is less than conventional farming according to a Nature article, because building healthy soil is a cornerstone of organic farming. Though it is more than 30 years old, this result is still relevant.

The problem of soil erosion due to intensive farming can be prevented by:

Transportation of organic goods is another area of concern for several reasons.

There are several ways to reduce the carbon footprint of organic food.

Always Check Your Source of Information

Savvy consumers know to pay attention to the source of criticisms for anything, and criticisms to organic farming are no different. One is less likely to trust a warning about organic farming that is issued through groups who benefit from conventional farming and/or who utilize genetic crop modifications. For example, a report in 2014 that attacked organic farming was investigated; two years later, Huffington Post revealed it was funded by Monsanto. Similar organic attacks prompted by vested interests from other large conventional food companies are not unbiased, notes Fast Company.

Organic Farming Is Great Despite Problems

Government support can help eliminate many of the problems with organic farming. The mindsets of public institutions also prevent the development of organic farming to help it tackle its negative effects note the 2016 Nature Plants review. Taking stock of problems arising from organic farming is one of the first steps in fixing them and improving organic cultivation practices. Organic food industry's value can be judged by its 11% growth rate, and despite some hiccups in operations at present, it is still the best way to produce food sustainably to solve the problem of hunger and malnutrition on a global basis.