Genetically modified organisms (GMOs) are becoming an increasing part of the American food supply, as statistics can show. These statistics can help in making more informed decisions about food a family consumes.

Genetic Modified Organisms and Their Applications

Genetically modified organisms refers to one particular technique of genetic modification where some genes are transferred from one organism into another. Genes are taken from species, like other plants, or virus and combined with the genes of the recipient plant to produce a new gene explains World Health Organization (WHO). This technique is also called "recombinant DNA" or "genetic engineering."

These genes are selected as they can confer or increase particular characteristics in recipient species. A 2014 USDA Economic Research Service (ERS) report (pg. 1) notes that some common applications have been to produce:

Genetically modified plant foods are making their way into the diets of people around the world. The 2016 International Service for the Acquisition of Agri-Biotech Applications Summary (ISAAA summary) notes there are 185.1 million hectares (457.4 million acres) under GMO crops (cover page).

Many GMOs are produced with resistance against diseases caused by different agents. By 2014, there were 7,789 crop releases for testing as part of research and development efforts, according to the ERS report (pg. 6). These are crops with resistance against bacteria, nematodes, fungi, virus, and insects. This has succeeded in reducing insecticide use from 0.2 kg/hectare in 1995 to 0.02 kg/hectare in 2014 and increased corn yield according to a 2015 Harvard University release. 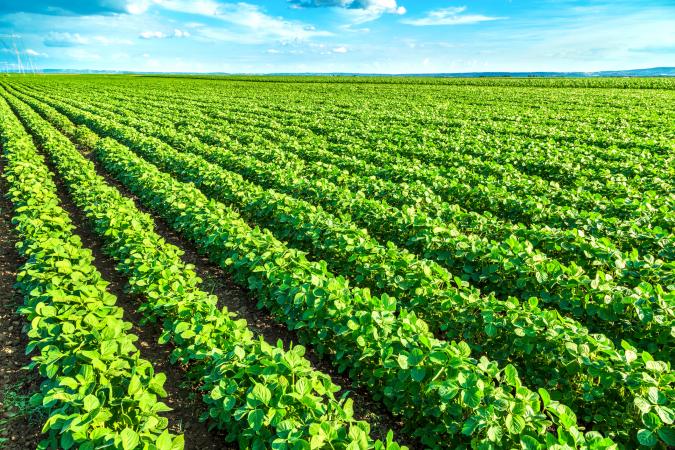 GMOs are produced to increase tolerance to herbicides, so that herbicides can be used to control weeds and these are called HT crops. There were 6,772 HT crops released for testing according to the ERS report (pg. 6). Most GM crops have HT according to Gene Watch.

The most common herbicide used is glyphosate the active ingredient in the weed killer, Roundup, so these plants are often called "Roundup Ready." However, an over-reliance on only glyphosate has resulted in the development of 14 super weeds resistant to this chemical. Moreover, there is no improvement in crop yield admits the ERS report (pg. iv). Farms are using 28% more herbicides on soybean crops than non-GMO farms to control weeds notes a recent scientific study from Virginia University, according to Phys.org.

Many GM crops are produced to withstand environmental stress like drought, cold, frost, salinity, or make "more efficient use of nitrogen (and give) increased yield" writes the ERS report (pg. 7 and 8) and there were 5,190 test releases by 2014. However, the Union of Concerned Scientists USA report that benefits from a drought resistant GM corn were modest and did not meet expectations and were effective only in moderate drought. A Nature report says conventional crossbred varieties perform better. Notwithstanding this, there has been a five fold increase in GM research in this area according to the ERS report (pg. 6).

GM crops are produced to give better products or desirable qualities such as:

Crops are manipulated to produce pharmaceuticals. They may have added or enhanced nutraceuticals, including added vitamins, iron, low-calorie sugar, hypoallergenic crops, antibodies or vaccines Some of them are meant to produce machine oils for industrial uses and there were 1986 test releases in field according to the ERS report (pg. 7, 8). 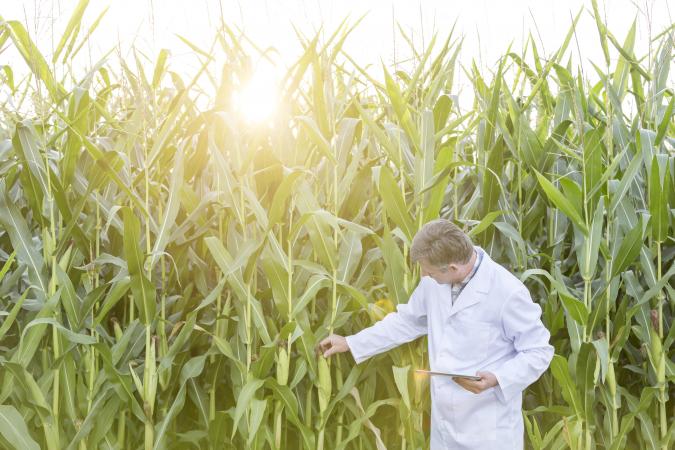 There were a total of 20 crops with 195 varieties of GM crops in the U.S. by 2016 according to an IASSS report (pg. 8). Over 75% of the processed foods available in U.S. contain GMOs points out Center For Food Safety. As per the ISAAA report (pg. 9), in the U.S. these are in ingredients derived from the most common GMO crops, including:

Where GMOs Are Grown

Fish are the only animal species that are genetically modified themselves; however, livestock are fed with GM crops that are grown specifically for this purpose.

The ISAAA summary (pg. 10) notes that there were 1238 GM crops approvals globally for feed by 2016. These were for 340 GM crop lines used for livestock such as chickens, pigs, sheep, beef cattle and dairy cows states ISAAA Resources. Of the total global production of GM crops, the portion utilized as feed in 2016 was:

The Center for Food Safety reports that around the world as many as 35 different species of fish are being genetically engineered. USDA approved AquaAdvantage Salmon in 2015. The fish have been engineered to grow at two times the rate of non-modified salmon. To avoid cross contaminating non-modified salmon with GM stock, the company states they will render these fish sterile. However, about 30 percent fail to demonstrate complete sterilization at this time. 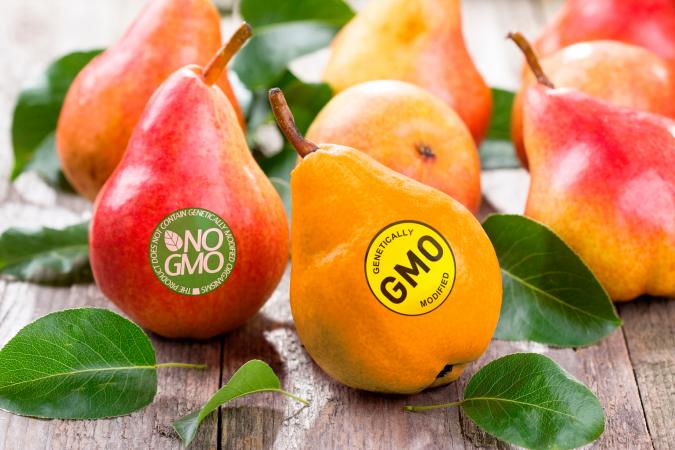 According to GMO Awareness, genetically modified foods have been in grocery stores since 1994. There is little data about the effects of consumption in humans. Multiple animal studies have been conducted. Significant findings so far are:

Due to safety and environmental concerns, GMOs were banned in 38 countries by 2015, according to Sustainable Pulse.

One of the civisms of GM seeds is their cost to farmers, according to the ERS report (pg. 21). Net gains were not always ensured through cultivation of GM crops and depended on many other factors they further note (pg. 20)

The use of GMOs remains hotly debated around the world. When considering the statistics, it's important to consider the source. There are organizations that are strong proponents of GMOs and those that strongly oppose the practice. This has led to controversy.

Many people, including Americans do not want to purchase modified. Average Americans are prepared to pay 5-14% more for non-GM food, and students even up to 60% premium, according to the ERS report (pg. 35 and 36). The only way to ensure buying non-GM food in the United States is to buy organic. GMOs, and products with an ingredient derived from a GMO, cannot have the USDA organic seal on their labels.